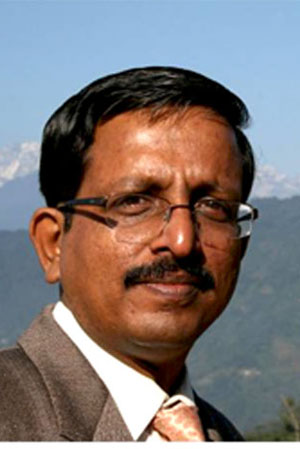 Students build their career on their ability and continue to learn more of what they are good at. They start early and thus, become economically self-sufficient earlier. This means that the depth of learning required is more than what it is apparently visible, and also that each student learns those topics and subjects faster that they are more able and interested in. This is also more ideal regarding the use of all the resources that the right student is using the training resources in the correct way for more productive work.
Relevance of the skills and knowledge imparted, thus, becomes a continuous process yielding change to suit the requirements of the industry which is to absorb this growing work force.
Keeping the above in mind the change for syllabus should be designed more towards -learning rather than reducing. It is focused to lead to that liberal process for a student to learn more of what he or she is able and interested in.
Also, we need to investigate this million-dollar question. What is the value of education then to the imparted? Are these only spoons feeding or joining the rat race or vomiting from top of the mind during so called assessments? Is there any skill imparted? The advertisements speak of passing percentage and first classes when it comes to schools and the institutes and the press speak about the salary package in the campus placement.
It is high time! Nevertheless, it is a wakeup call for the economists and policy makers and the owners of the educational institutions. They really need to introspect whether they are doing justice to the 100 percent population studying under them or just looking at the vital few who could be their brand ambassadors. On the other hand, we find that all the coaching institutes which scream in bold as how many got through various esteemed entrance exams, be it Commerce, Humanities, Bio Sciences, Engineering, Medical or management.
Wish we could reorient ourselves and track the success not just in the application but truly based on their skills, interest and personality in building their careers.
Vivekananda , who spoke about inculcating vital few skills of 3 to 5 for each student to perform for their living, Mahatma who spoke about financial stability and gurudakshina model of payment to teachers and Gurudev’s voices of inclusive education to all in a liberal form sans fear, seem to have been lost in the din. Teachers have the authority to teach without responsibility of the end result. Schooling for success is the need of the hour.
While there will be jobs created, excellence in output to outstrip growth patterns in the economy needs to be dealt with care and sensitivity. It is important that industry ready courses have to be designed and the right selection procedure of students for the right streams to be, surely, practised.
There is no time left and now we really need to do the backward integration, to get into the process so that the core value of education remains protected through imparting the core skills to every student to enable them to apply the same.
Yes, there will be variances, so to speak, not that every student shall be first in class, but nonetheless even the student with not so high “marks” shall have a way to find out his or her skill and obvious calling in terms of economic independence.
More focus on learning rather than studying for the exams, shall remove the fear from prevailing educational pattern and bring in the sense of quest for innovation, discovery and more.
Students who are pursuing careers need to choose their streams judiciously and go fearlessly to match their skills and passion to excel confidently in near future.
Once more I want to reiterate that teaching is an extremely admirable profession, it is time to send an earnest call to all students who have the passion and skills for teaching to join the profession so that the future generations’ education is no more compromised by providing them resources that are mediocre.
Let us remember the essence of successful learning process – ‘Relevant education to the relevant ability will lead to relevant jobs’.